Home1 / HLP2 / News3 / Could Russia Be Investing in the Dimas City Project?4

On November 20, a delegation from Russia’s Ministry of Construction, Housing and Utilities visited a new large-scale residential development under construction in the western Damascus countryside. Accompanying the Russian delegation were representatives from the Syrian Ministry of Public Works and Housing and the General Housing Establishment (GHE).

The site visited by the Russian group belongs to the youth housing project in the new city of Dimas, which sits 20 kilometres northwest of the Damascus city centre, and just east of the Damascus-Beirut highway. The project is surrounded by residential suburbs, most of which are relatively new, such as the Assad Villages, the Diplomatic Quarter, and the Yaafour Plain Zoning Suburb.

In a previous visit to the site in June 2019, Syria’s Minister of Public Works and Housing affirmed that local construction companies could fully implement the project. Three months before that, in March 2019, the GHE denied reports that it had signed a contract with the Russian company Stroyexpert Middle East to build housing units in Dimas using rapid construction technology.

However, the Russian delegation’s visit may indicate the possibility of Russian investment to complete the project, which has been stalled for years. “They can learn from us what district zoning plans should look like, and how the houses must stand,” Russia’s deputy minister of construction, housing and utilities said during the visit, according to a translation of pro-government news reports.

The new city of Dimas is planned to cover 600 hectares of land and, according to the plans, will feature 350 residential towers, with a total of 26,000 housing units. Of those units, 12,000 are designated as alternative housing for expropriated real estate owners, according to previous official statements. It is not clear what exactly is meant by “expropriated real estate owners”, or whether those expropriated properties include areas other than Dimas. There is no information on the number of alternative housing units that have been completed, nor when work on the units began.

The project also includes 14,300 youth housing units, of which only 1,000 have been completed. Subscription for the units ended in 2004, and the complete housing was promised to be ready by 2016. The youth housing is one of four government housing programmes launched in the governorates since 2002 under the banner of social housing. The other three are: housing for workers, saving funds for housing, and government housing.

The director of the Dimas housing project, Mohammad Al-Alan, said in 2018 that the population of the new city would be 130,000, according to the zoning plants. He added that the expropriations carried out for the project were completed in accordance with Law No. 20 for 1983, and that alternative housing subscription was available for occupants of informal housing on the slated land area. The GHE granted equity shares to owners of expropriated properties who hoped to obtain alternative housing, which would allow them to subscribe to housing within the Dimas project. It also granted the right to purchase plots within the project for those who did not wish to obtain alternative housing.

All those working on the construction of Dimas so far are affiliated with the Ministry of Public Works and Housing, as the GHE manages the project. The towers are being implemented by the General Company for Building and Construction southern branch and the General Company for Roads and Bridges’ Damascus branch. The Ministry of Defence’s Military Construction Establishment has been tasked with implementing infrastructure for the project, while some private sector entities have been contracted to contribute work on the residential towers.

The GHE blamed delays in the project on high prices of building materials, fuel, and labour, as well as poor financial allocations and the need to resolve contract issues with some of the partners, as well as several contracts being withdrawn. 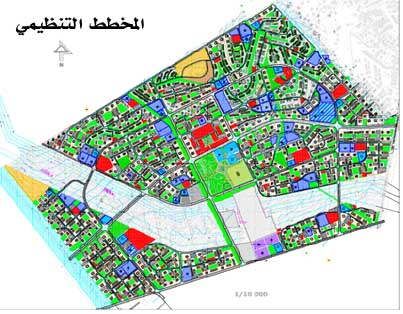 News
Library
Business registry
Directory
HLP
Official Gazette
Research
Blog
حقوق السكن والأراضي والممتلكات
HelpAbout usContact usAdvertise with The Syria ReportTerms & conditions
Copyright © 2021 The Syria report – all rights reserved. Your use of this website is subject to our legal terms & conditions
A “Personal” Story of Expropriation Speech by Bashar Al-Assad at a Meeting Held by the Ministry of Religious Endowments...
Scroll to top